Actor, Tchidi Chikere reunites with nanny, adopts her as his new mum (photos)

Tchidi Chikere a Nollywood actor and also a movie director, has recounted his recent meeting with his nanny.

The actor revealed that his nanny carried him when he was still a baby.

Tchidi said that when he met his nanny, she told him stories of the things he used to do as a baby.

He also disclosed that meeting his nanny was emotional and he felt like his late mother had come back to life. 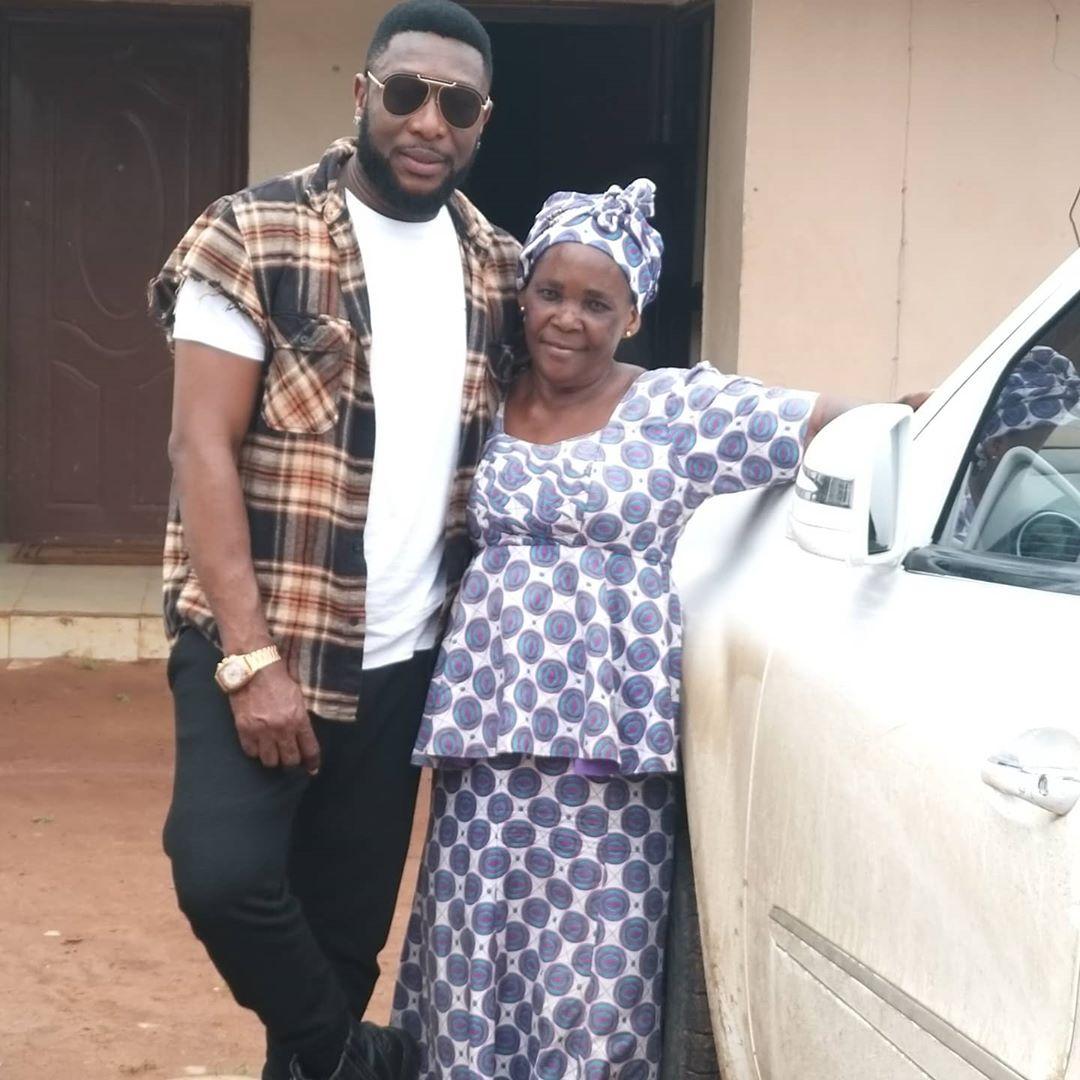 “This woman here “carried” me when I was a baby. She was my Nanny. So we met!!! And she told me stories of how I would pee n poo on her as a baby. It was sooo emotional for me…felt like my late mum came back alive..When we parted I knew I’d adopted a new mum. I’ve seen what many nannies do to kids these days…I didn’t go through any of that meanness in your hands. Just have to say, GOD BLESS YOU, AUNTY MAUREEN

Lesbianism has become very rampant, a lady asked me out – Toyo Baby of Jenifas Diary [Video]

“Your Husband Is About To Marry, I See Fire In The Next Wife”- Fan Shades Regina…

Somadina Reacts After His Ex-Girlfriend, Regina Daniels Called Him A “Real One For…