Big Brother Naija lockdown housemate, Nengi has sparked reactions on social media after she was spotted in the salon giving Ozo a hair cut.

Just yesterday, Ozo and Nengi had a serious fight which led to Nengi saying hurtful things to Ozo. However, this morning she apologized to him, and Ozo being a gentleman, told her it’s nothing.

The duo have settled their differences and their ship is sailing as usual. Both of them were spotted making their hairs in preparation for the Sunday night eviction show.

Nengi first helped Ozo to barb his hair after she noticed he was having problems doing it on his own. After she finished with his hair, he helped her in making her own hair. 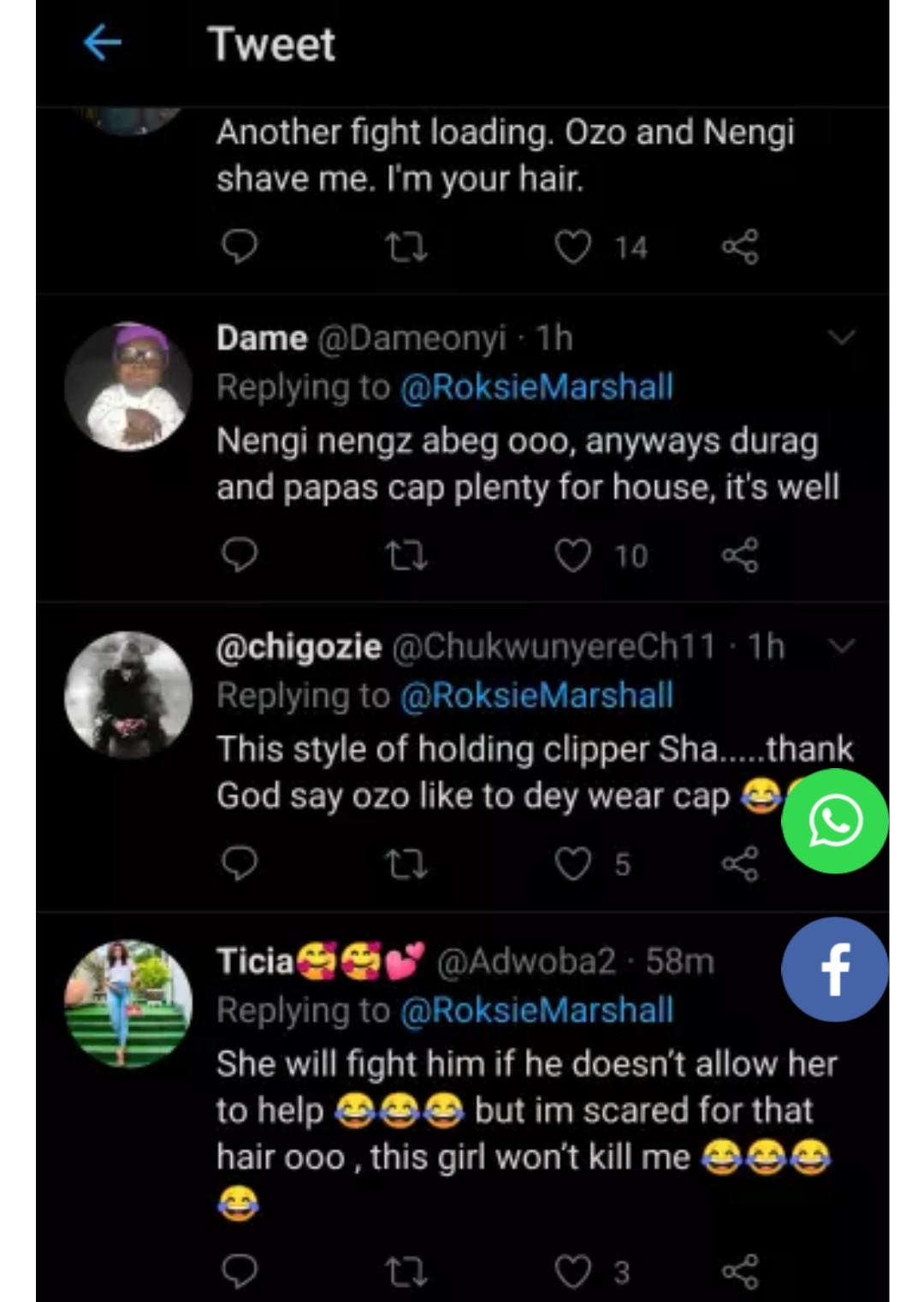 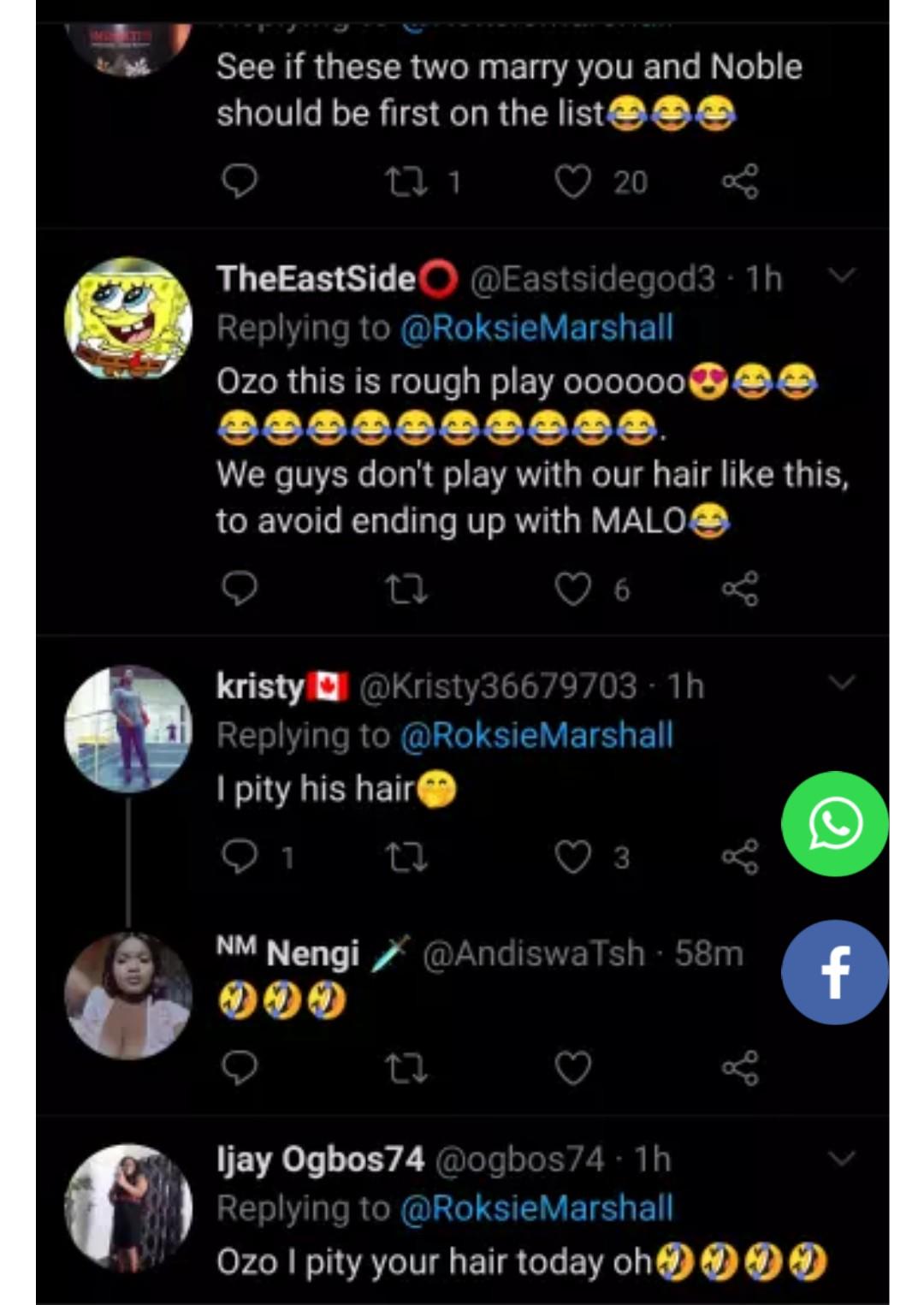