Former Lockdown housemate of the ongoing BBNaija show has warned people to be careful of people like Vee, as she described the TV star as Judas.

Lilo’s tweet comes in the wake of Vee’s Monday afternoon diary session where she revealed why she voted Lilo out and saved Praise and Eric.

Fans of the show have now taken to the micro-blogging platform to call out the reality star for her accusatory tweets. 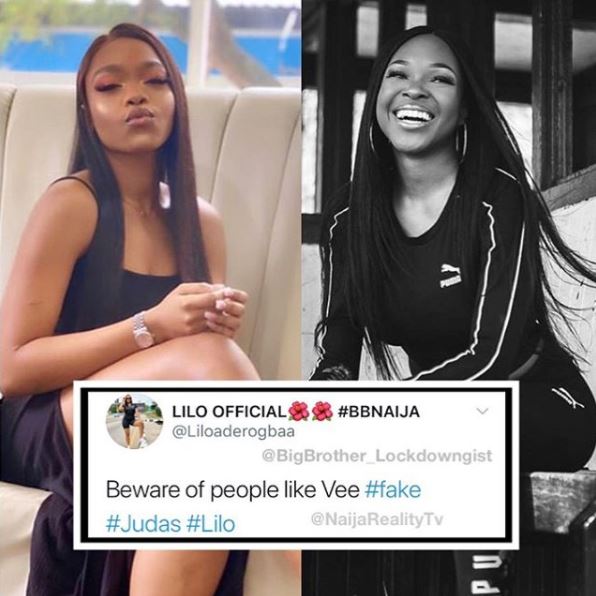