According to Ozzy, the house is a house of suffering and pestilence.

She went further to give reasons, saying they wash their clothes with their hands, they have Indomie all the time, they party with Orijin and that there are rats in the house.

“This big brother house is a house of suffering and pestilence. Hand washing clothes? Indomie for breakfast, lunch, snack, and dinner? Parties with orijin? RATS?!” she tweeted.

Replying a comment under the post, she said the show organizers make millions off the show, and that there’s no need to keep the housemates in subpar conditions. 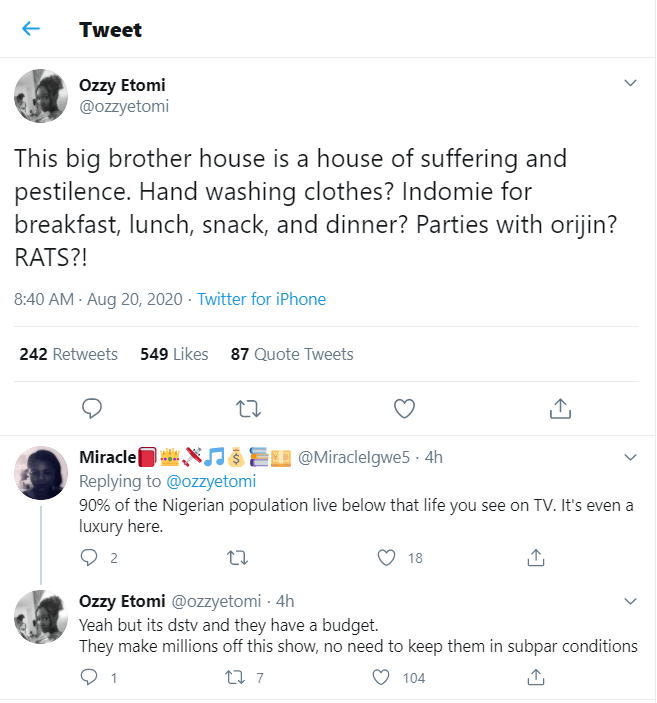