Beauty should never just be about looks — EXBbnaija, Alex

The reality star stated that beauty should not just be about looks but should be about what’s on the inside. She added that some so called beautiful people have ugly hearts.

“Beauty should never be just about looks. That one is just there to be the topping on a nice personality. It’s about what’s inside, by the way, some so called beautiful people have mouth odour, ugly hearts, body odour, criminal minds, e.t.c/ (Talking about both genders here). It’s never about looks.” 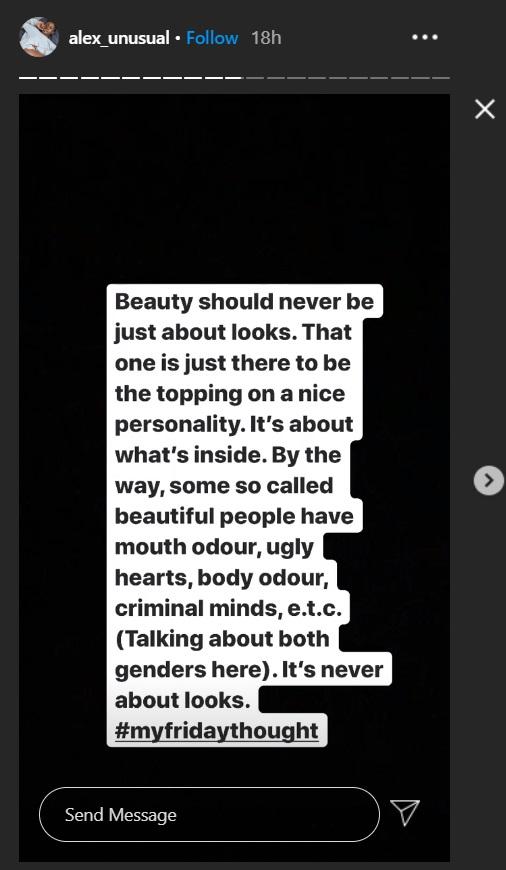