Nigerian music executive, Don Jazzy has reacted to ongoing rumors by some BBNaija viewers that he hates housemate, Nengi.

According to him, he feels sad some people think he hates Nengi who according to him is one of the four housemates he has known before they featured on BBNaija’s 2020 edition.

The Mavin record label owner also added that it is not a crime for someone fo like 2, 3, 4 or even all contestants in the house as it’s just a show and at the end of it all they all become colleagues in the entertainment industry.

Don Jazzy therefore, called on viewers circulating such rumors to stop pushing their hate on other people. 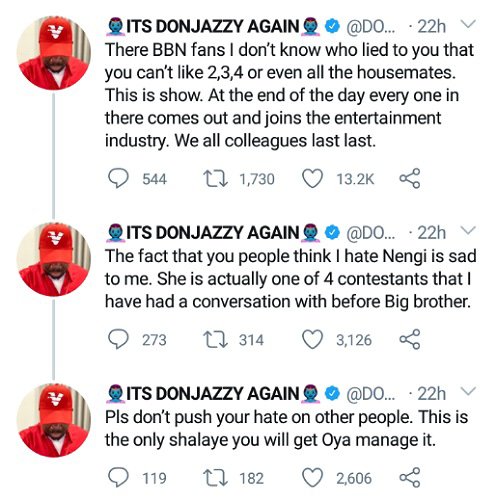