A family member of late Deborah Tushima who allegedly slumped and died on Saturday, July 4, during her birthday celebration, has said that she did not die of poisoning.

Deborah became the number one trending topic on Twitter after people took to the platform to express their shock over her sudden death.

In a screenshots of a chat shared by a family friend, a family member said the young makeup artist simply slumped.

They added that she started “fainting” recently and the one that happened at her birthday party and ultimately led to her death was the fourth time she fainted.

The family member said: “Later on we discovered that she has a heart problem that makes her faint, and she has been fainting for some time but neither mum nor dad knew about that.”

The family member added that she died in Makurdi, where she was doing her IT, not in Jos as claimed. 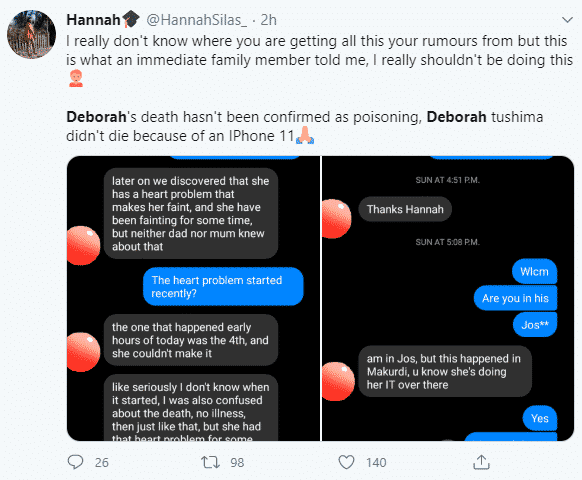 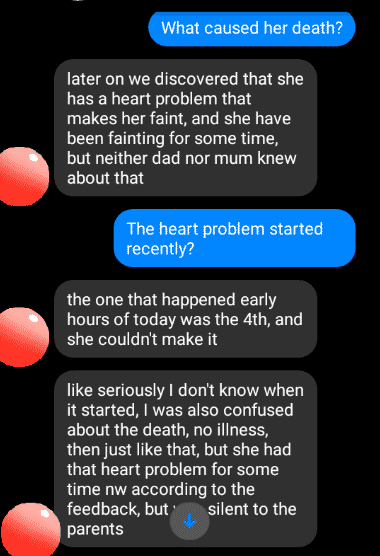 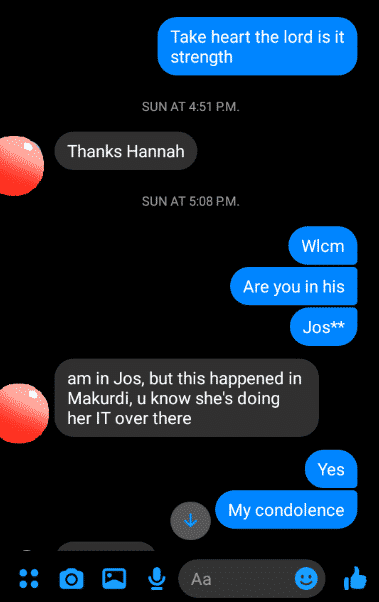 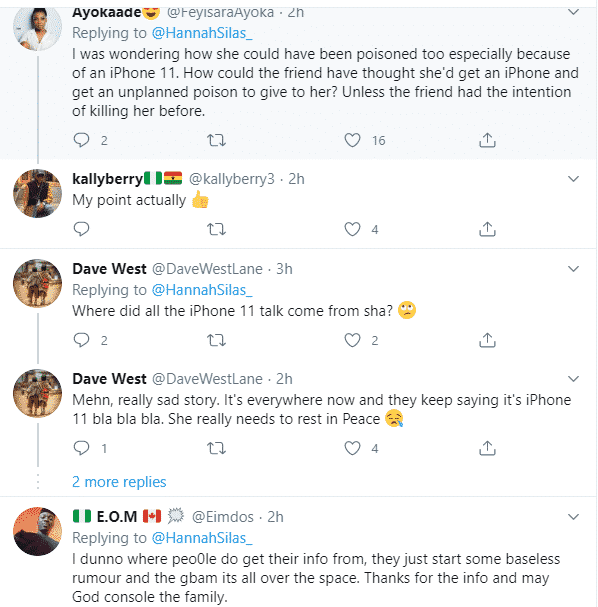 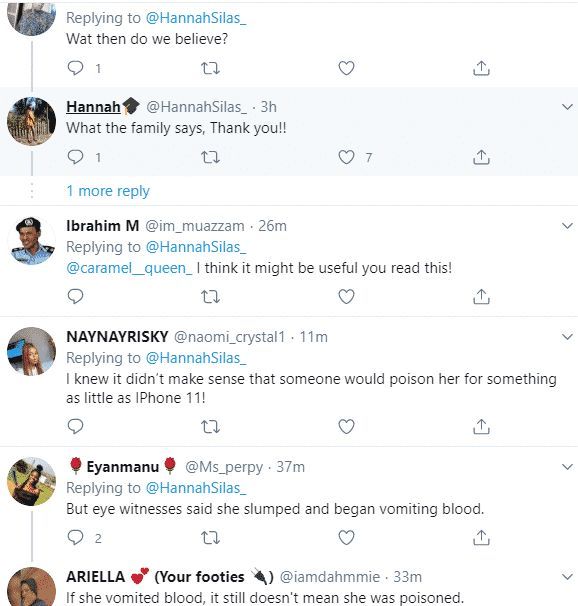 Meet The America-Nigerian Soldier Who Is Also A Twerker (PHOTOS)