BBNaija 2019 winner, Mercy Eke has told her boyfriend, Ike Onyema during her birthday party yesterday that she wants something new.

Recall yesterday, September 29 was BBNaija star, Mercy Eke’s 27th star studded birthday party which had so many celebrities in attendance.

At some point, it was Ike’s turn to make a speech as Mercy Eke’s boyfriend and when he stood up, he read a wonderful short speech from his iPhone.

While Ike was still showering her with beautiful words, Mercy briefly interrupted, “I want something new”, she said.

Hearing her, Ike who probably understood the angle she was coming from gave a wild smile and continued with his speech.

Reacting to the video on social media, fans guessed she was probably expecting him to pop the “will you marry me” question. 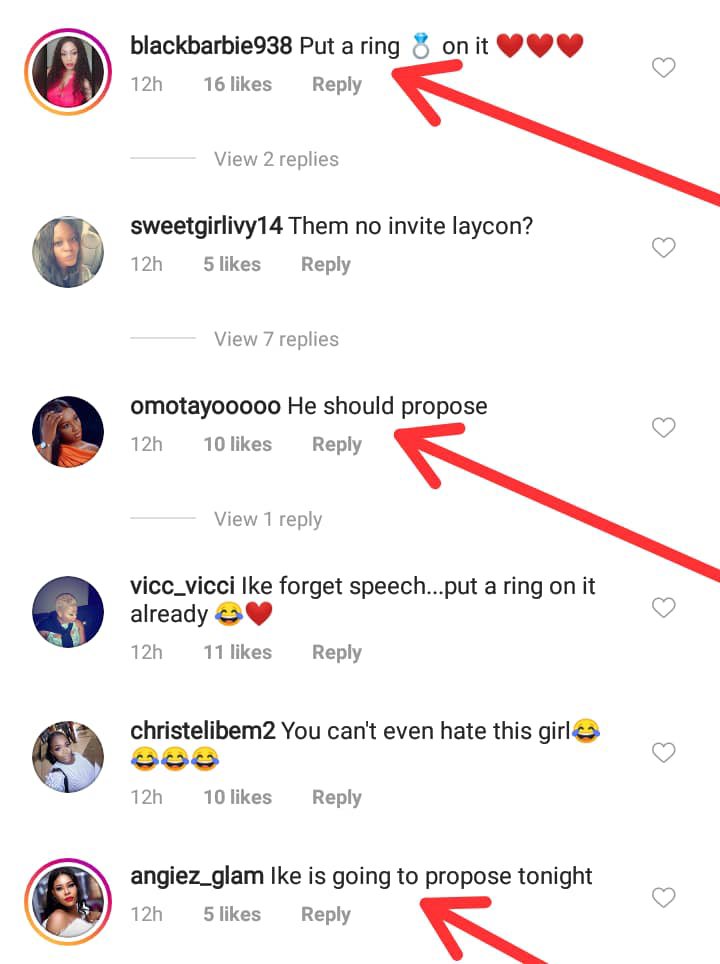