A Nigerian evangelist identified as Victor Edet has called out popular transvestite, Bobrisky on social media. The evangelist stated that Bobrisky is possessed and he needs deliverance.

The moment I stayed away from Toxic people and users,My Life changed – Actress Nkechi

He added that the crossdresser is leading youths astray with his lifestyle and he is sending the wrong signals which would destroy the coming generation. 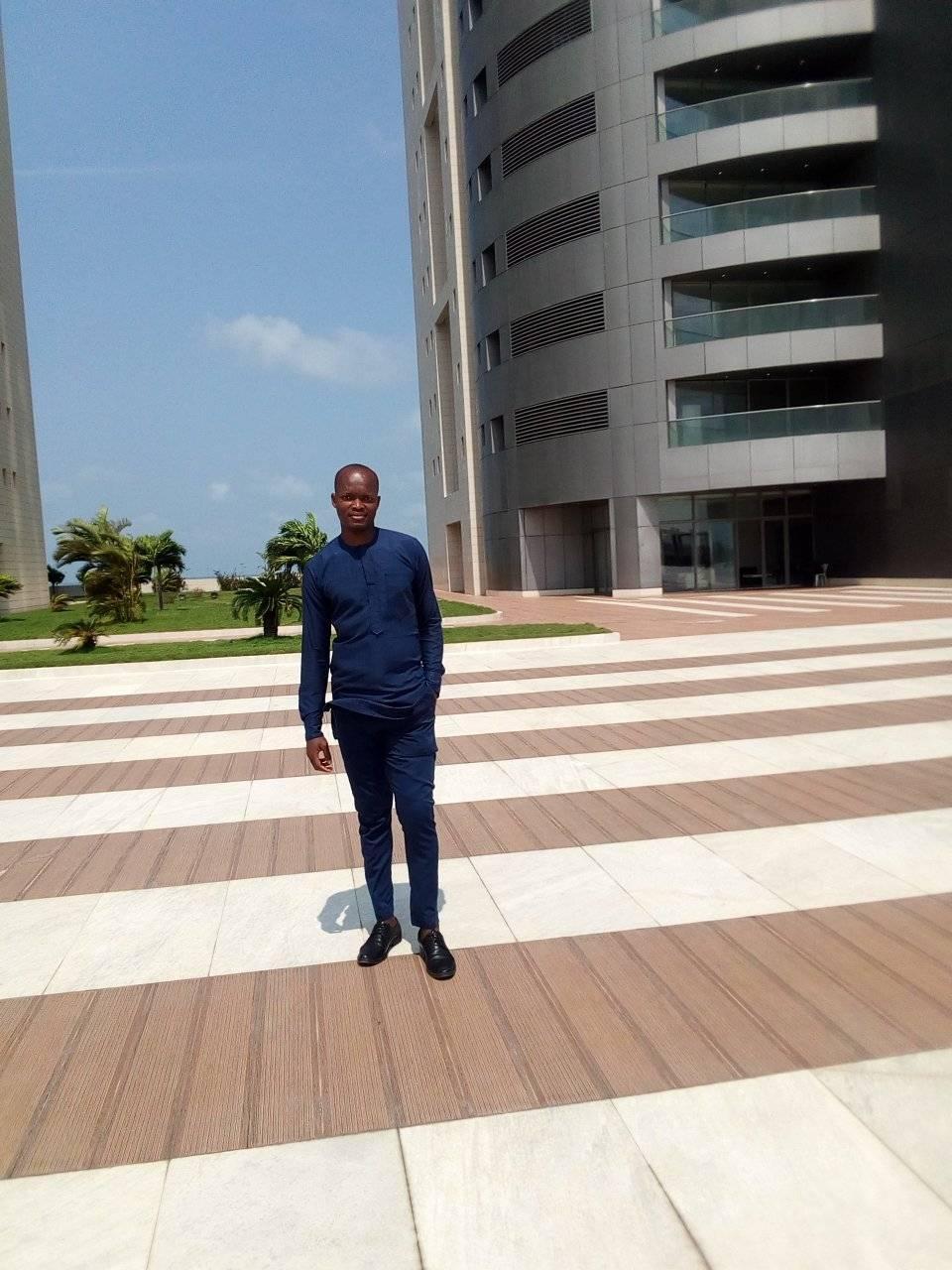 “THIS boy is highly possessed, and he needs our prayers and serious deliverance. This boy is leading our youths astray and he’s sending wrong signal to the coming generation. Alot of people will come out and say he’s not our problem, he’s not our problem. Many years ago, some people where saying corruption is not the problem of Nigeria. We ignored it and refused to fight against it. Today in Nigeria, the people waiting to steal from the Government are higher than the population of people currently stealing from the Government. If we don’t stop this boy, this boy will destroy the future of our Youths.” 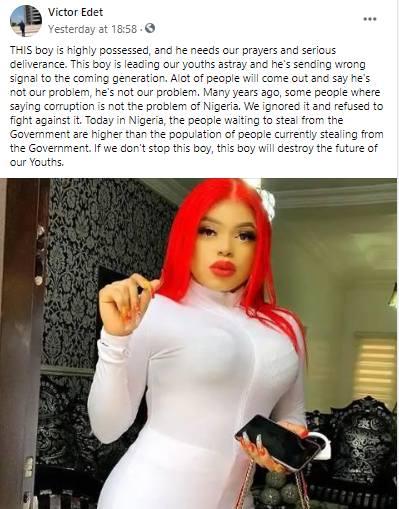 READ  BBNaija 2020: “This is not fair” – Ozo cries out as Biggie issues him another fine
0
Share FacebookTwitterGoogle+ReddItWhatsAppPinterestEmail

Mike Godson drags the hell out of Linda Ikeji, says she is the reason why he is not married