Evicted BBNaija lockdown housemate, Praise has revealed his fiancee’s real age, says he’s not married, that Neo did him dirty and also called Brighto a chameleon.

He made this known in a recent interview he granted popular radio station, Cool FM Lagos.

In the interview, Praise discussed and revealed a whole lot – from his relationship, love life, his son, fiancée, issues with Neo, Brighto, down to cuddling “aggressively” with Ka3na the boss lady.

During the lengthy interview, he debunked news about her fiancee being 65-year old, as peddled by Brighto, and revealed she’s 42. 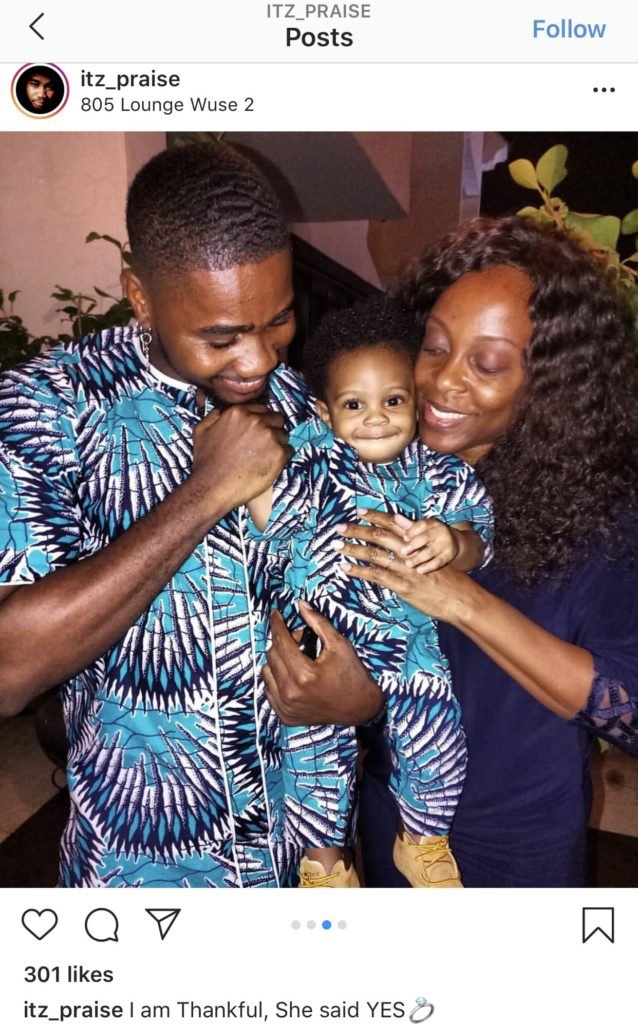 When asked if they’re married he said No, that they are engaged and have a son together whom he missed dearly throughout his stay in the house.

In the interview, Praise also called Brighto a chameleon. OAP Dotun had asked him if he is shocked over Brighto’s conversation about his fiancée being 65 and he said No, that he has always known him to be a chameleon. “When you think Bright is yellow, he’s actually orange”, he said.

Praise revealed that Neo did him dirty by voting him out regardless of the fact that he (Praise) saved him (Neo) from eviction when he had the opportunity to vote him out a week ago.

He however revealed he bears no grudge against him because he knows it’s a game and Neo doesn’t want two energy gods in the same house.

When asked who he would rather date among Ka3na, Wathoni and Lucy, he chose Lucy because they both understand each other and connect more together.

“Neo did me dirty” – @itz_praise @itz_praise new evicted house mate said a lot ! From Lucy, to BrightO, to Ka3na and more. You don’t want to miss this. Trust @do2dtun x @taymib to get us all the tea 😄😄