Khafi shares heartbreaking photo from graveyard where her brother was buried

ExBBnaija housemate, Khafi Kareem has shared a heartbreaking photo which she took at the graveyard where her brother, Alexander was laid to rest.

Sharing the photo via her verified Instagram page, she reaffirmed her undying love for him.

“I love you now and forever Alex, rest well”, she wrote.

It could be recall that Alexander Kareem was killed in a London shooting on Monday, June 8, 2020.

According to Sun UK reports, Alexander, 20, was shot close to his family house in Shepherd’s Bush, West London.

He was said to have been walking back home from a convenience store when he was shot by a yet-to-be-identified person in the early hours of Monday.

See the shot of the photo and what she wrote below.. 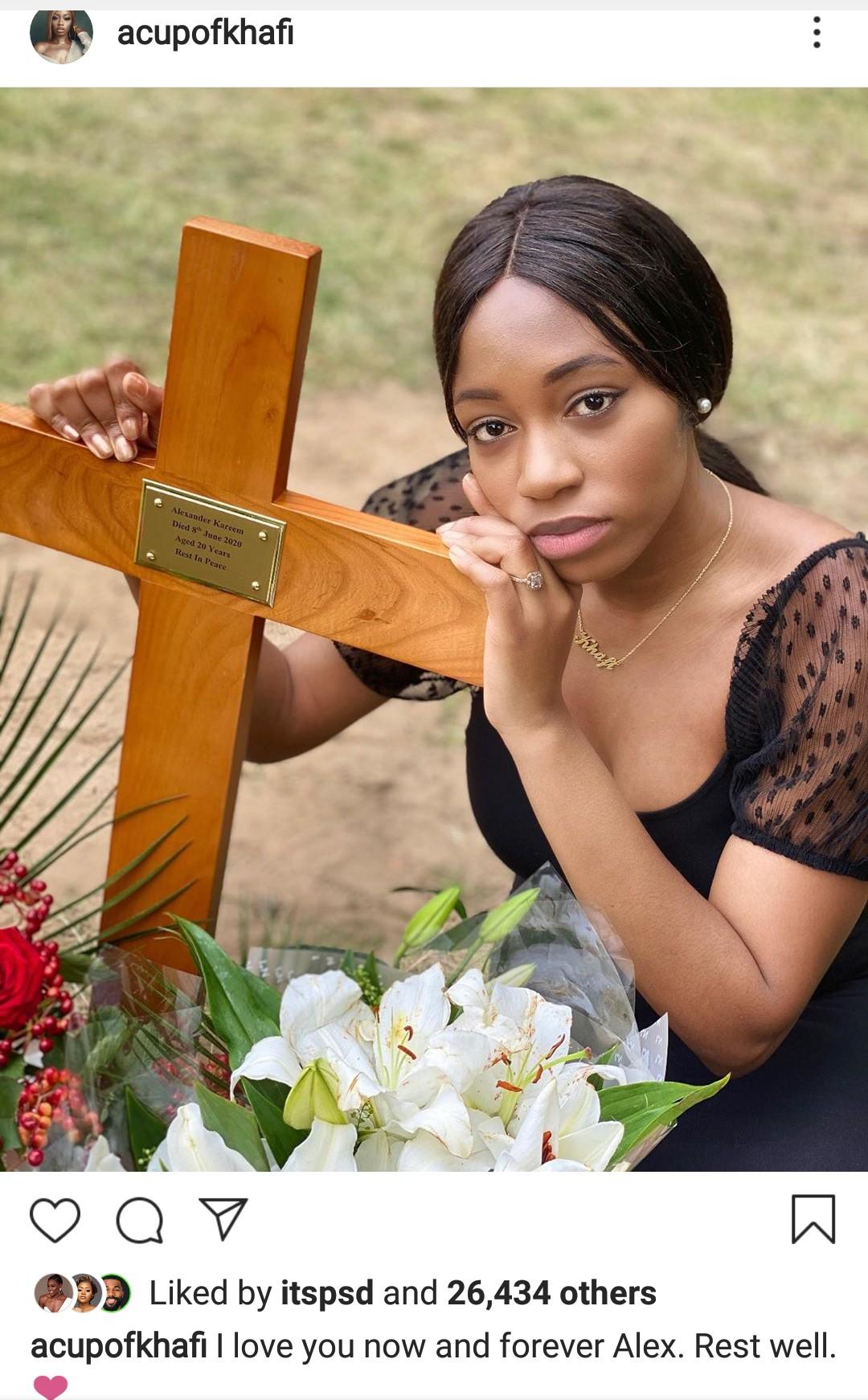 “Chai, girls are in trouble, see as you fine” – Zlatan gushes over his son, (Video)

Tiwa Savage replies fan who said she is getting fat