The king of love, Kizz Daniel has given his fans an assignment that begins tomorrow as he introduces a new dance step for his song.

The singer in a recent post asked his fans to show off their dance steps just like he did in his video and that is the assignment.

It seems this assignment is going to be fun as fans are already loving the video he posted himself and are willing to enjoy themselves with it.

See the screenshot and video below. 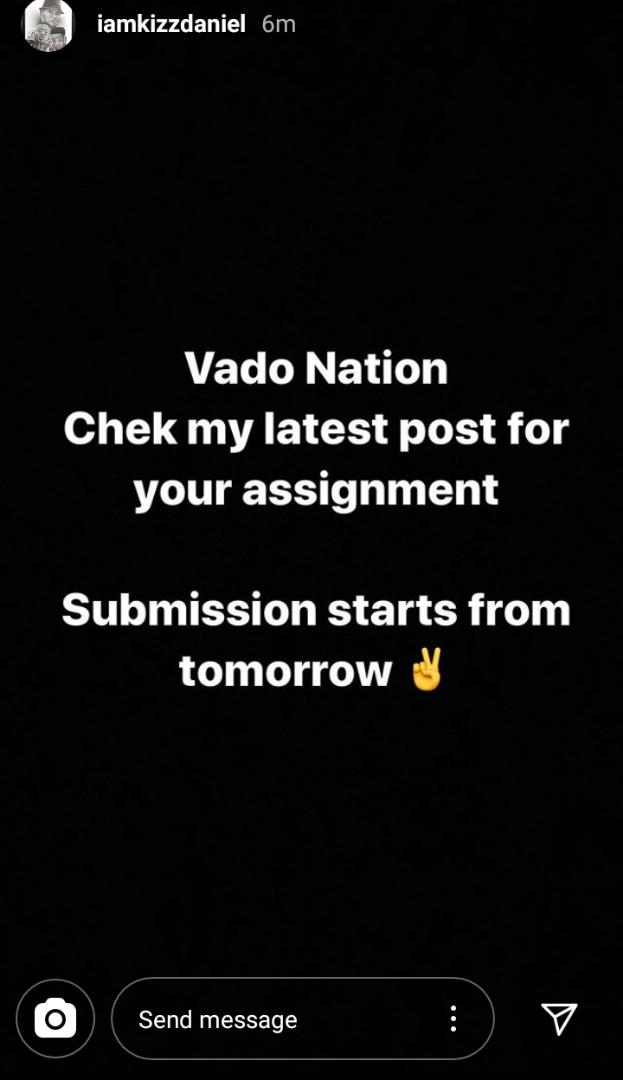 I will never allow any man wash my panties, It’s not a sign of love – Actress Ani Amatosero