A Nigerian lady, identified as Helena has taken to her social media handle to express regret after she discovered that the guy she’s been ignoring since 2016 is Big brother Naija 2020 housemate, Olamilekan Agbeleshe known in the show as Laycon.

Helena shares screenshots of her DM from 2016 where Laycon told her that countless times he wants them to talk and that he’d love for her to do something for him.

She ignored his messages up until 2019 when he told her that he wants her.

Now, Helena is in pains as she said she would start replying her DMs.

She also said if Laycon wins, that she would regret even more because he tried to woo her but she never took him seriously.

See the screenshots below; 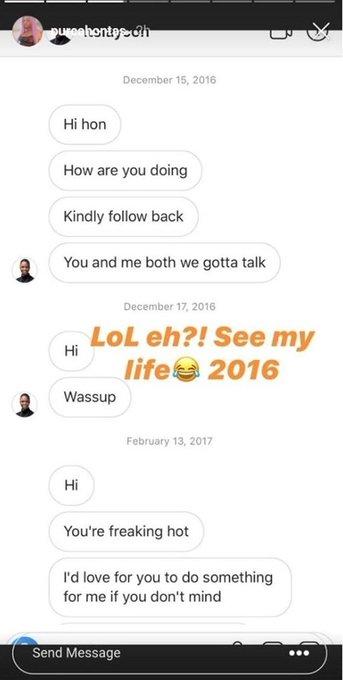 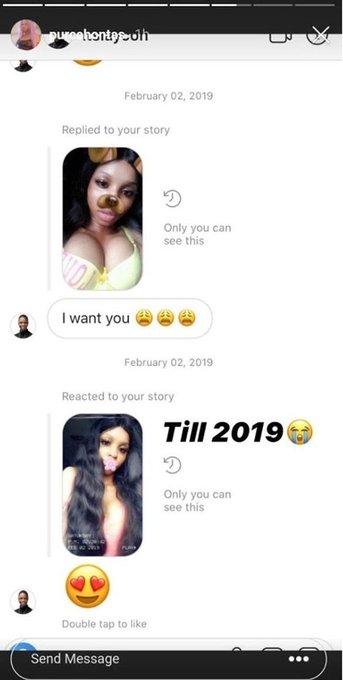 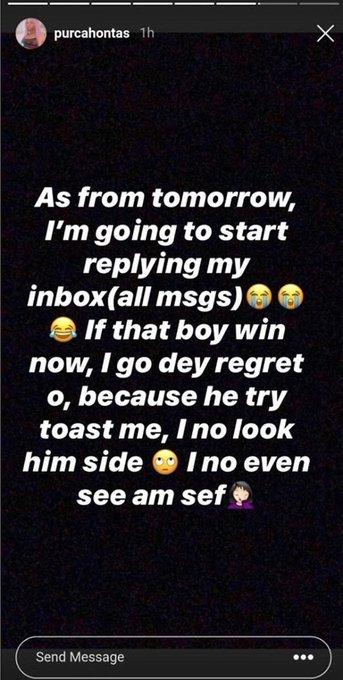 Drama as Davido’s cousin unfollows her brother, Sina Rambo after he called out her baby daddy for beating her up