A Nigerian lady has taken to Twitter has revealed how she dealt with an electrician who tried to mix business with pleasure after fixing her light.

According to her, the guy came to fix her light, and in the process, he became interested in her.

He asked for her number, she gave him the correct number and then blocked him afterward.

In her words below;

“This guy came to fix my light and was shooting shots at me, I was so calm with him and he said I should kip my 3k, I gave him my number he confirmed it and said he would call..call never entered cos I blocked him everywhere…I had to teach him u don’t mix business with pleasure”.

See the screenshot below… 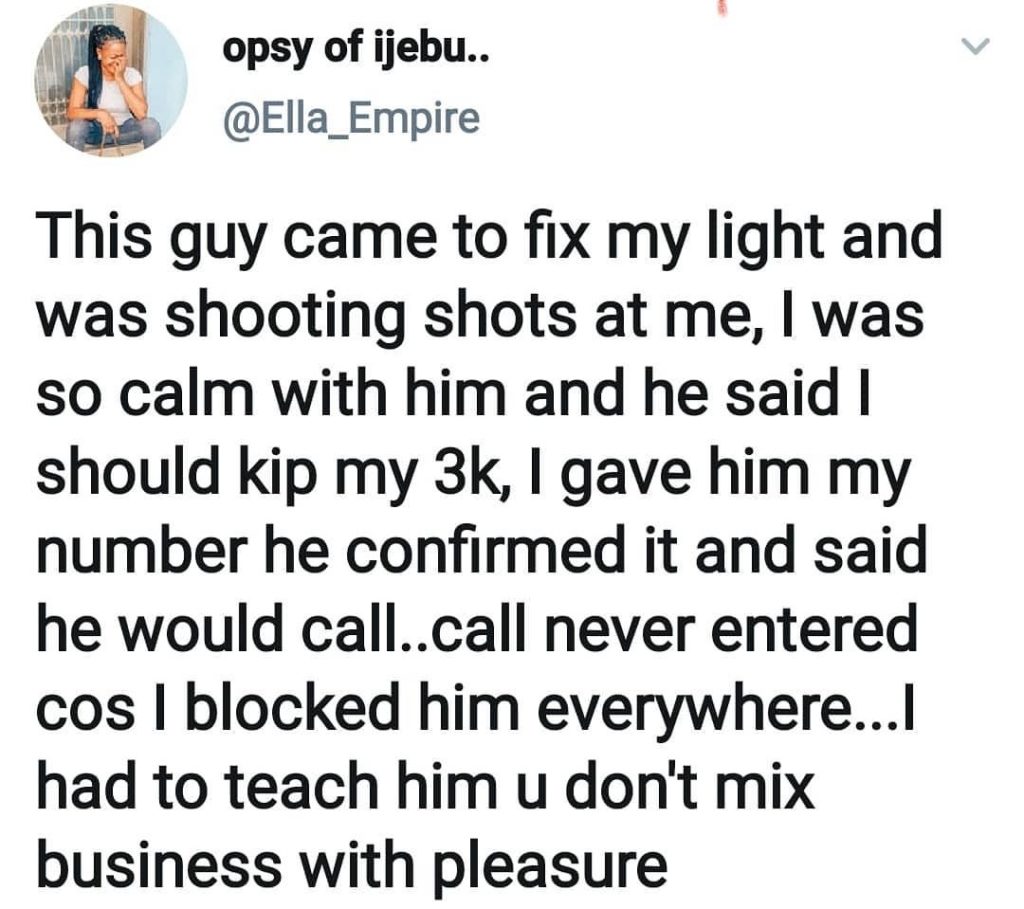