A handsome man on Twitter posted a new photo of himself looking dapper with an interesting caption to go with. Moments later, his post started attracting comments from friends and ‘strangers’ from all angles.

One of the commenters was a beautiful lady who spotted what looks like a wedding ring on the guy’s finger. She reacted by saying she hopes the ring on his finger is not a wedding band to which the guy answered in the negative. 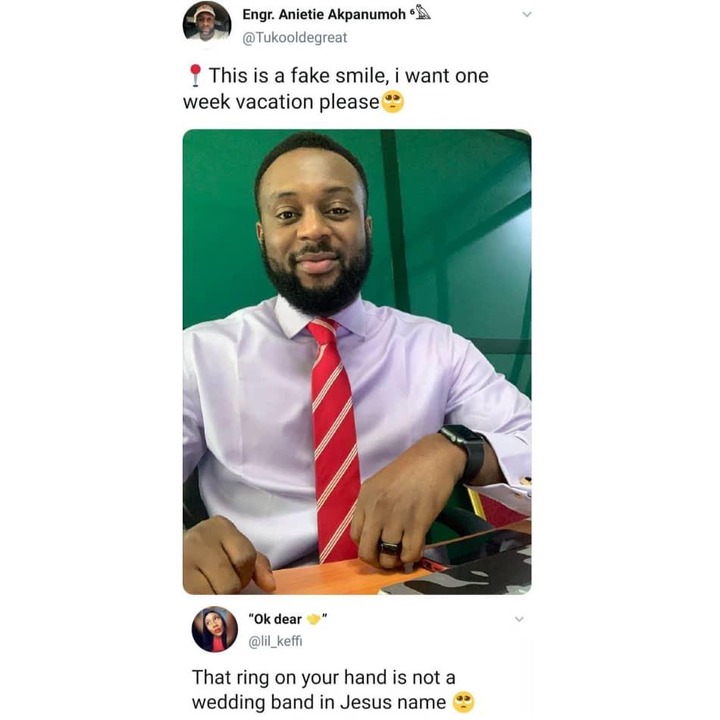 The lady then made her move by asking if she can be the opportunity to check up on him every morning and evening but the guy brushed her advances off albeit politely.

Thi is what ensued: “Are you looking for someone to send you good morning and goodnight messages? Or should I keep scrolling?” the woman asked.

The woman took it cooly by simply writing: “Ok dear.” 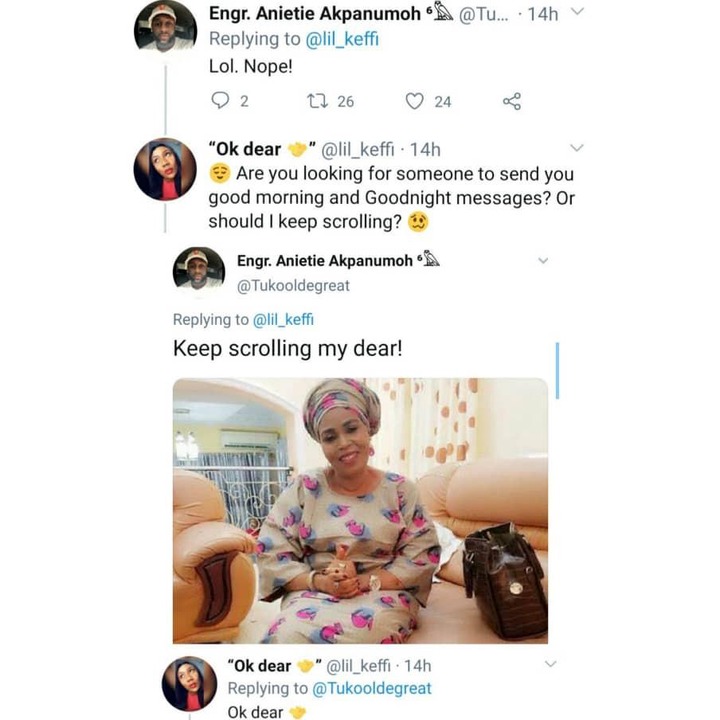 Laycon is not marketable at all, he won’t get plenty endorsements – Man says (Video)

“Laycon went to a Native Doctor, what happened to Erica was a spiritual attack” – Man claims

“If you are going for BBNaija, don’t let Bobrisky support you because he is full of bad luck” – Lady says (Video)