A man identified as Abed Alii, on Twitter has started a debate on the platform after discussion about families marrying off their irresponsible sons to an innocent girls.

“The worst crime a family can do is marrying their son, who they know is a scum bag, to an innocent girl in the hope he will miraculously change…

“My sympathies are always with the womenfolk. They leave their family and come to an absolutely new one, without any support and then get abused. I’ve heard that so many times. ‘maybe she’ll change him. She will make him change his bad habits. She’s a good girl.’ It’s not her job to educate your son at the risk of damaging her mental Health! And vice versa… let’s keep it real.”

He added that it goes both ways and he has seen it happen to someone he knows.

Read his tweets below. 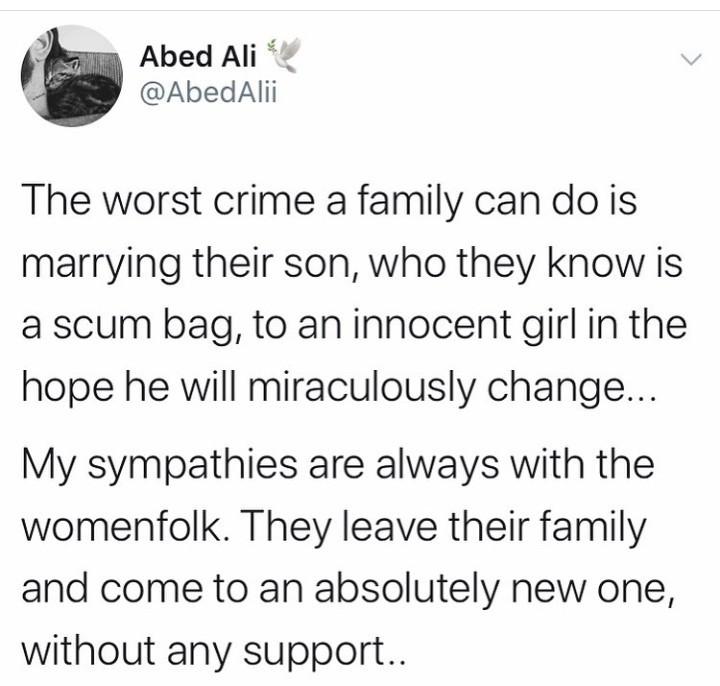 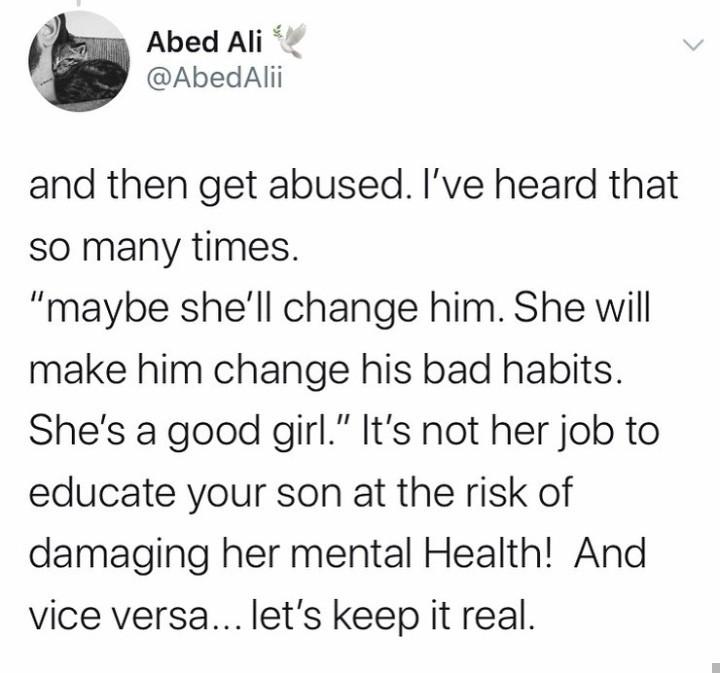 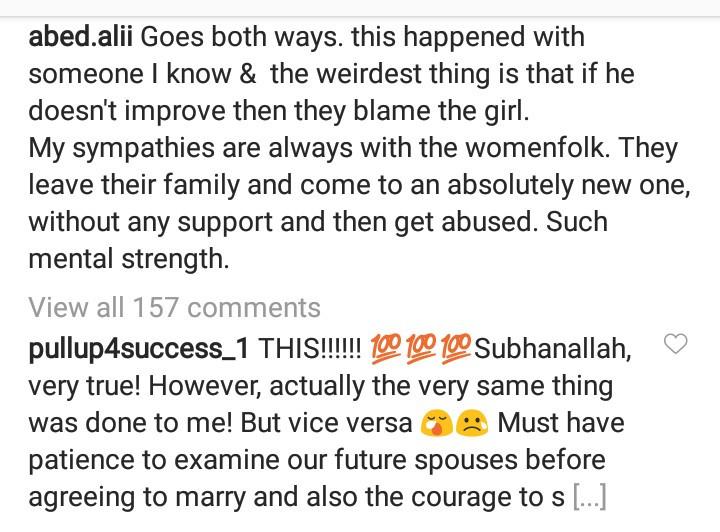