Wizkid’s messages to President Buhari have received many reactions including the Media aide Madam Lauretta Onochie of the presidency.

According to Madam Lauretta, its not disrespectful to call anyone old but its the manner and way Ayo Balogun popularly known as Wizkid addressed the president.

This didn’t go well for Wizkid as he responded to Buhari Media aide that she is a woman and a mother.

Shame on her as she is unable to say anything sensibly to the current situation at hand in terms of killing and other public safety issues. 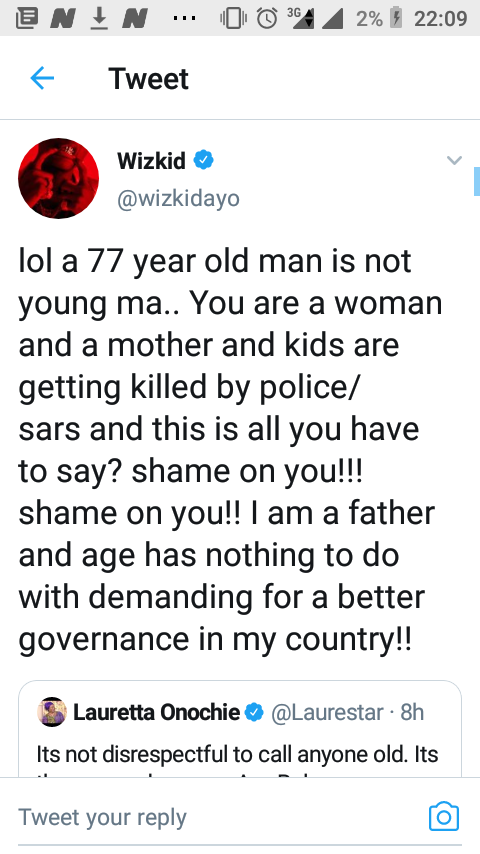